Blog: Looking Back At How Bitcoin Miners Helped Support the Grid This Summer 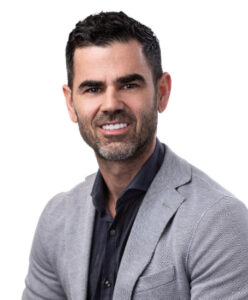 With all eyes on the Texas grid this summer, the state’s growing bitcoin mining industry received scrutiny on how their operations might affect the grid. Understandably, the industry’s significant energy usage raised questions for a grid that has been challenged in the past.

Some promised catastrophe, and others thought bitcoin miners might be a unique solution to some of the grid’s challenges. At Lancium, we believe that bitcoin miners operating as “controllable load resources” (via Lancium Smart Response™ technology) can significantly benefit the grid.

Now that summer is wrapping up we thought we would give an update on how our Fort Stockton facility performed through the peak demand period of July.  Let’s take a look:

1. Miners can regularly and consistently power down

One question facing bitcoin miners was if they would actually ramp down and respond to grid conditions. For Lancium’s hosted facilities, we can unequivocally say yes. What we saw through July was a consistent response to system conditions, and our facilities reacted to those conditions by ramping down to free up power as overall demand rose.

2. Bitcoin miners can act as some of the most responsive loads on the market

Zooming into a week where demand kept breaking records, we see how closely we were able to lower our power usage as ERCOT demand spiked. Our software paired with these machines demonstrates that they have unique operating properties that can play a valuable role in improving grid reliability.

Zooming in on the week of July 18 to see how closely Lancium’s Fort Stockton facility followed the needs of the electric grid.

We also saw that miners shut down even when power prices went above the price it made economic sense. Given the bitcoin price at the time, that breakeven price was around $123. As power prices rose above that, our facility had already turned miners down because it was not worth the cost to operate the miner at that higher power price. It shows that miners can be operated in a way that is responsive to grid conditions and prices.

Where do we go from here?

We believe that these initial results show great promise for how bitcoin miners can play a role in helping the grid. The ability to quickly react and adjust based on grid conditions will be critical for large power users as more renewable energy comes online.

So far, our Fort Stockton facility shows that there is a way to empower large flexible loads to help Texas grow.

Learn how Lancium is powering a brighter future. Contact us today.